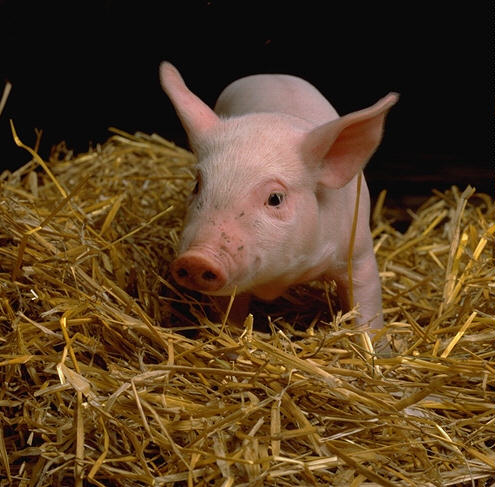 Sabbatarian Christians who adhere to the "Law of Clean and Unclean" Meats in Leviticus 11 are sometimes accused of being "arbitrary" in their decisions about which Old Testament laws are relevant to Christians under the New Covenant. For example, why do they consider some meats "unclean," but do not consider themselves "unclean" from touching a dead animal, bodily emissions, etc? Dialogues on the subject often degenerate down to a question of whose "proof-texts" are more relevant. Without trying to answer all of those questions, I offer below six practical and symbolic considerations that have convinced me that eating only those meats designated "clean" in the Scriptures is a wise choice.

1 In Mark 7, Jesus makes it clear that spiritual "cleanness" is not affected by what goes into your mouth and stomach. But does that mean God doesn’t care what you put in your body or how you take care of it?

By abstaining from those meats listed as unclean in the Bible, I make a statement about God: I believe God cares about the whole person: spirit, soul and body!

2 It seems logical to me that God would not provide such an elaborate categorization in Leviticus 11 of those animals which are clean vs. unclean unless the distinction had some basis in physical reality. Many of the animals labeled as "unclean" are primarily scavengers. They do not have the kind of multiple digestive system that the cud-chewers do, so the poisons that they consume go directly into their flesh. Only the unclean animals are regular hosts to such parasites as the trichina worm. Isn’t it amazing that almost every cookbook notes that you should always be extra careful to fully cook pork to a well-done state, but they never mention that their unspoken reason is—so that you will be sure to kill the trichina worms in their little cysts! It is an accepted fact that much of the pork in America, even with all our "modern" health precautions, probably contains trichina. Health authorities also warn against eating shell fish at certain times of year because they are poisonous then. They don’t bother to mention that the shellfish have the same scavenging habits all year long that causes this problem. Trichinosis and possible poisoning is bad enough, but the unclean animals are host also to much more serious problems for humans. The AIDS virus and other serious diseases may have been spread by humans eating contaminated monkeys and/or other unclean animals.

By abstaining from those animals listed as unclean in the Bible, I am making another statement about the nature of God: I do not believe God is capricious and arbitrary.

What I eat or don’t eat doesn’t "earn" me salvation.

It doesn’t make me "more spiritual" than the next person.

It just makes sense to me to accept God’s word on what He created to be used for food.

4 God did not first make the distinction among animals known at Mount Sinai. Noah knew of the distinction centuries before the "Law" was given on Mount Sinai—and long before Israel (Jacob) started the family later known as the nation of Israel. Noah took seven pairs of each clean animal and only one pair of each unclean animal on the ark. I see no reason to think that the distinction was created just at the time of the Flood. It would seem most logical that it had been made at creation—Abel sacrificed animals. His sacrifice was acceptable to God. Given all the other evidence in scripture, I cannot imagine that he sacrificed a pig!

It makes sense to me that this distinction, which didn’t "start" with the giving of the Old Covenant, isn’t "ended" by the coming of the New.

5 Only clean animals were sacrificed to the Eternal. Sacrificial animals all represented Christ. Under the Law, sheep, goats, cattle, doves and pigeons were the only animals sacrificed. But Noah sacrificed one of every kind of clean animal at the end of the Flood, so in one way, you might say they all can represent Christ. Given:

a. The principle of sacrificing only clean animals

b. The fact that the priests and the people ate parts of the sacrifices

c. The fact that Jesus said his disciples are to "eat his flesh"

Eating only clean meats represents for me "taking in" only the pure truth of Jesus, not feasting on a hodge-podge of false doctrines and pagan symbolism, and accepting and following false prophets and false messiahs.

6 No one really believes everything is good for food! We all have our own list of "abominable" foods—for most folks in America, that would include dogs, cats, horses, spiders, centipedes, etc. The reasoning of some folks on eating unclean meats is the same as it is for deciding to observe the pagan holidays—"I don’t have to keep any days God listed in the Bible... but I can keep other days for all my own reasons." Likewise, they may say, "I can eat anything I want to, but here’s the list of what I don’t want to."

I believe it makes sense to have my list of "abominable things" be the same as God’s rather than invent my own.